The most common applications of blow moulding in the automotive industry relate to the execution of air ducts﻿.

The process of blow moulding of the air ducts is a complex one and involves, in addition to the process itself, operations for detaching and finishing the cutting surfaces﻿.

In the process of blowing injection of some air ducts, the cutting becomes the constituent operation of the technological process and classically it is done mechanically, inside or outside the mould﻿.

Mechanical operations associated with the injection by blow moulding process﻿

Cutting is the technological operation of completely or partially separating a part of a material for the purpose of its processing﻿.﻿

Since the parts must meet the specific requirements of the automotive industry related to geometry and precision, mechanical cutting proves its limits because of the following reasons﻿:
• roughness of separation surfaces (appearance of part);﻿
• dimensional accuracy﻿;
• deviations from the geometric shape of the piece﻿;
• cutting line in different planes﻿;﻿ 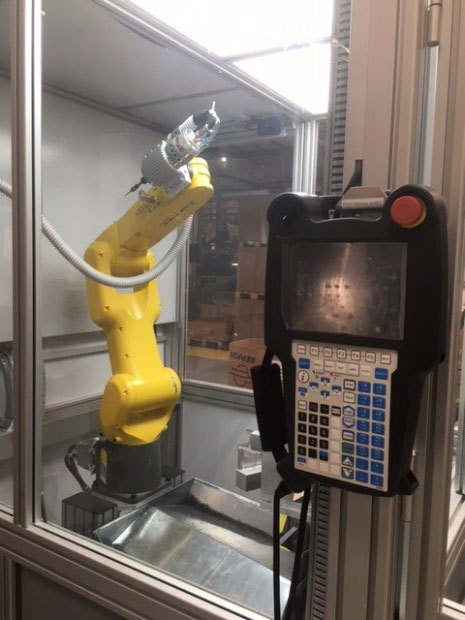 Given the limitations of mechanical cutting, in order to optimize the cutting time as well as to increase the quality of the cut surface, we chose to use an automatic cutting device﻿﻿.

The device has a workstation in which the semi-finished part resulting from the injection process is fixed. After cutting, two finished air ducts are obtained, as well as the rest of material that will be reused in the injection moulding process﻿.

The cutting of the injected air duct and the ends with 3D surfaces will be done with the help of a 6-axis robot﻿. 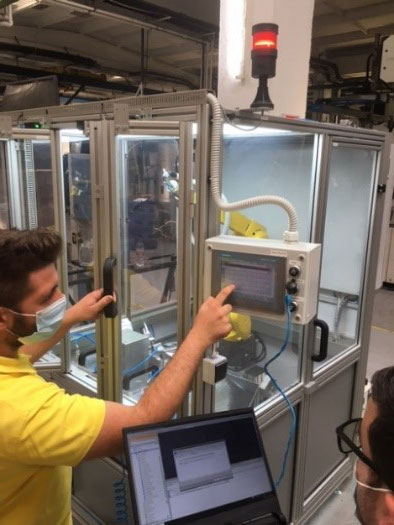 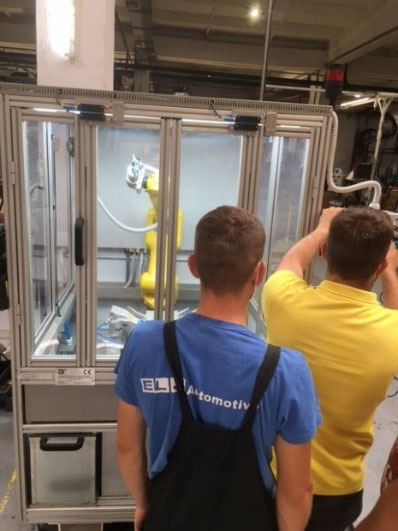 • Optimal cycle time - by cutting 3 surfaces at the same time (2 planes and one 3D﻿);
• The flexibility of the robot and the precise fixing of the part in the nest ensures the precision in the robot's tracking of the 3D pipe cutting surface﻿;
• Adaptability - The robot can be reprogrammed for a new technological process that involves cutting, sticking or other operations﻿;
• Versatility - can be used on different parts from different moulds﻿.

Diversity of applications and parts﻿

Covering a wide variety of applications, we can list some examples of parts that can be finished with this robot﻿:
- Air ducts for the dashboard﻿;
- Central and lateral air ducts﻿;
- other hollow bodies﻿.﻿